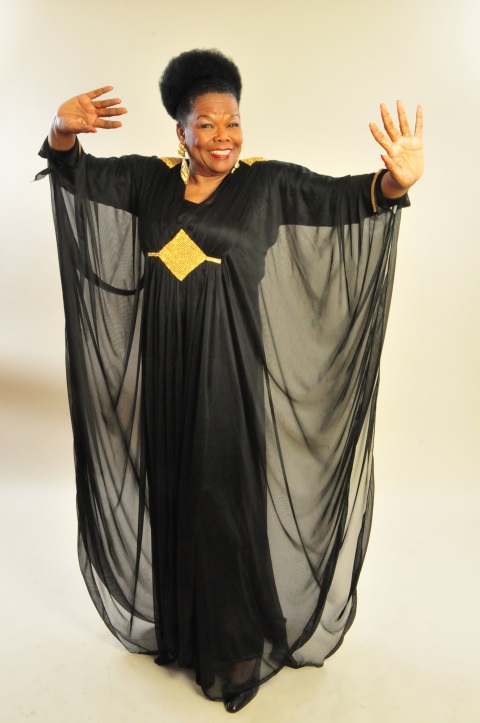 “Age is only a number. I am 80 years old and still ready to rock the house!”

Described by the international press as warm-hearted and unique, it is hardly surprising that every audience celebrates Janice Harrington’s performance and that at 80 years old she is still active.

Born in 1942 in Cleveland, Ohio, with a stopover in Norway, she now lives in Germany with her husband, trombonist and piano builder Werner Gürtler. Known as a versatile artist, she masters blues, jazz and gospel singing, as well as acting and music production, and looks back on a decades-long career that has carried her around the world.

Ms. Harrington began her music career in 1967 singing  for the US military in USO shows produced by the North American Ministry of Foreign Affairs, and traveled to Vietnam, Southeast Asia, the Panama Canal, Iceland, Greenland, Newfoundland, Scotland and Ireland.

A personal highlight was singing for Bishop Desmond Tutu in Oslo at the award ceremonies of the Nobel Peace Prize in 1984. Ms. Harrington has appeared on stage with artists such as Billy Daniels, Nat Adderley, Lloyd Bridges, Frank Sinatra Jr., Big Jay McNeely, Sammy Davis Jr. and Lionel Hampton, and in Oslo as the opening act for Joan Armatrading in 1982 and 1983 for Jose Feliciano. In 1989, together with the Kenn Lending Blues Band, as the opening act for BB King in Copenhagen.

Ms. Harrington has many CD’s to her credit, including the Dinah Washington tribute album “Yesterday Today Tomorrow”, featuring the giants of jazz : Keter Betts, Lloyd Mayers and Jimmy Cobb.

Her stage career also includes off-Broadway production’s of “Norman … Is That You?” (1970) and Shakespeare’s “Two Gentlemen From Verona” (1973). She has also written her own plays: Musicals “Streets of Harlem” (Oslo 1982), “Girl Talk” (Oslo 1983) in cooperation with Karin Krog and “What My Eyes Have Seen” (Hamburg 1989), a musical autobiography whose updated version (Hamburg 2018) has received exuberant reviews.

Ms. Harrington has also  written and produced  the gospel musical  “The Roots of Gospel and Spirituals”, in 2013, and produced “The 1st International Jazz, Blues and Gospel Festival” in Las Vegas, and in 1995  the First North German Gospel and Spiritual Festival, for which she won as patron Gerhard Schröder, then Lower Saxony’s Prime Minister. She is not a stranger to TV, where she once appeared as a guest on the American TV series “Days Of Our Lives” and most recently in 2018 as a finalist on the first season of The Voice Senior in Germany.

Ms. Harrington is  still active as a Jazz Ambassador and State Department Cultural Ambassador during Black History Month, holding Workshops and Masterclasses. From 2000  until the present , she has focused on working with young people and people with disabilities. So she has earned the title “Germany’s Lady of the Gospel” honestly.

She and Dylan Vaughn are currently offering the African-American music workshop “Sing Out!”, which they have been teaching  successfully since 2006, now online.

Described by the international press as warm-hearted and unique, it is hardly surprising that every audience celebrates Janice Harrington’s performance and that she is still going strong at her age.