What My Eyes Have Seen 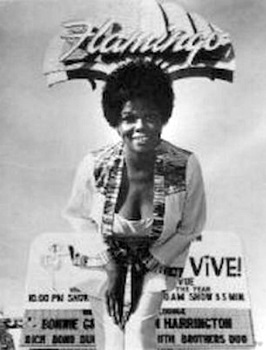 “What My Eyes Have Seen” in these 75 plus years, is a musical journey beginning as a child in the Baptist Church and dreaming of singing and performing on stage. My dreams were dashed after becoming a mother at and early age. Soon my husband moved on. I was a single parent with two children.

This was also the beginning of The Civil Rights Movement.

Two husbands later and 3 children more. By the time of 25 I had 5 children.

I went to  sing in Vietnam  during the war.  I was determined to do my part for my country and joined the USO to sing for the U.S. Military in Vietnam, which led me into the lounge shows in Las Vegas.

You can book this show! Please send me an email at janice.harrington67@gmail.com, or contact me on Facebook!

Pig Foot And A Bottle Of Beer